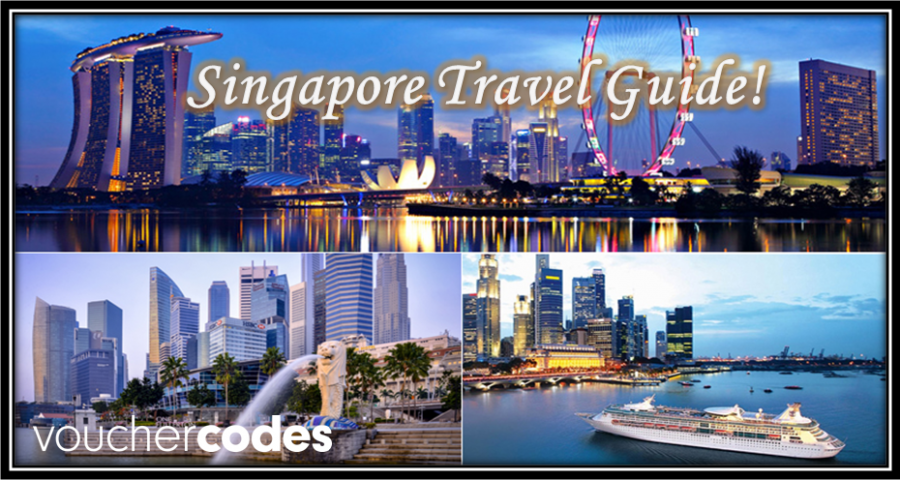 One of the most loved travel destinations on the planet, the South-east Asian metropolis, Singapore is awash with culture, vibrant colors and commercial hubs. Founded in the year 1819, the city has become the most alluring city-state and fascinating holiday destination today. It is a modern city of contemporary attractions, high-rise buildings, and commercial districts.

With constant evolution, re-invention and re-imagination, Singapore is a perfect place for those who are passionate about exploring something new. So, whether you are a foodie, explorer, action seeker, collector, socializer and culture shaper, you will end up experiencing something new each day in Singapore.

Holidays in Singapore is much more than admiring skyscrapers, tasting the lip-smacking food and shopping at night markets and huge malls, there’s a lot to explore. Here’s a six-day Singapore travel guide, in which you would witness various facets of this bustling metropolis. Your holiday will include a visit to renowned spots such as Chinatown, Merlion Park, Mount Faber, Sentosa Island and so on. Sign-up to a reliable travel portal like Expedia, which is best-known for offering exclusive travel deals to you at unmatched prices.

Grapple affordable range of Singapore tour packages at comparatively best prices by using Expedia Voucher, codes that will help you save huge while making the most of your holidays.

Well, it will be your first day in Singapore, a shopper’s fantasy, a bustling metropolis, a foodie’s delight and an adventurer’s dream. After your arrival, you will be transferred to your hotel, where you will relax or explore the city on your own during the daytime.

In the evening you will begin your trip with Night Safari Tour. In this tour, you will get to experience a close-up and personal encounters of over 2,500 nocturnal animals from 130 species. The adventure will begin with a Thumbuakar tribal performance, after which you will be boarded in a tram which will take you on an exciting, guided Safari adventure through seven geographical regions, right from equatorial Africa to Himalayan Foothills. After the safari adventure, you will watch an amazing animal Night show. After the night show, you will be transferred back to your hotel.

Your second day in Singapore will start with a scrumptious breakfast at the hotel, and then your journey will begin with Merlion Statue tour. Merlion statue is the most prominent and iconic landmark of the city, where you can snap some really great pictures including the majestic statue in the background. Also admire the beauty of Marina Bay in the backdrop over here.

After Merlion park, you will be taken to ChinaTown, where you can buy reasonably prices souvenirs and trinkets. Your Half-day tour will conclude at Mount Faber, Singapore’s second highest hill known for offering captivating experiences. After an hour or two, you will be transferred back to the hotel.

On the third day, after a delicious breakfast, you will be allotted to spend some time at leisure. Later on, you will begin you be taken on the Sentosa Island Tour including one-way Cable Car ride to the beautiful island, enjoy adventure rides – Sky ride & Luge, explore S.E.A Aquarium at the Resort World Sentosa and discover the maritime heritage of Asia at the Maritime Experiential Museum. Later, your Sentosa Island Tour will be concluded with a spectacular light and sound show – Wings of Time. After that, you will be taken back to the hotel.

Next day, again after a tasty breakfast, you will be transferred to Universal Studios, one of the most prominent tourist attractions in Singapore where you will be enjoying cutting-edge rides, attractions and shows themed on your favorite television and movies series. Enjoy myriads of facets such as the Shrek 4-D Adventures, ultimate 3D battle, Revenge of the Mummy, Battlestar Galactica, Madagascar: A Crate Adventures and so on!

After the hearty breakfast in the morning, you will be transferred to Singapore Zoo. The is Zoo is famous for its beautiful settings, settings where animals can roam freely in an open and natural habitat. Here, you will get to explore thousands of creatures.

This will be your last day in Singapore, after a delicious breakfast you get some time to spend your day on your own. Later in the day, you will be transferred to the International Airport to fly back to your native place.

Hope you have a wonderful holiday in Singapore. You can enjoy added savings by availing Expedia promo code.